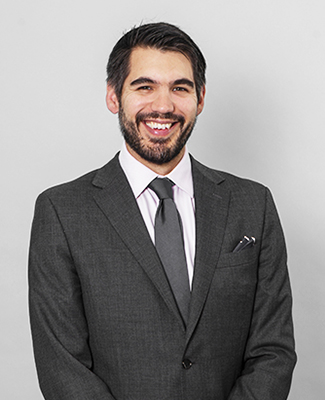 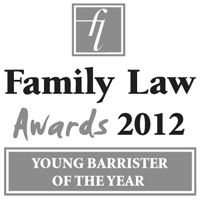 “He’s just your perfect barrister really. He’s really easy to work with, great with clients and adored by judges. His written and oral advocacy is exceptional and you would be quite comfortable with him going up against most silks without a leader.”
Chambers & Partners 2018
Band 1

Michael specialises in cases involving the international movement of children, appearing regularly in the High Court and the Court of Appeal in cases involving (but not limited to) Hague and non-Hague abduction, jurisdictional disputes, the recognition and enforcement of orders (pursuant to Brussels II revised and the 1996 Hague Convention), relocation (both internal and external) and forced marriage.

Over the past four years Michael has appeared in most of the leading cases in the field of international family law. He has represented parties (including parents, children and non-Governmental organisations) in the Court of Appeal and the UK Supreme Court in cases involving a diverse range of issues from the human rights implications of government immigration policy (R (on the application of Quila and another) and R (on the application of Bibi and another v Secretary of State for the Home Department [2011] UKSC 45) to jurisdictional issues concerning children and the application of the 1980 Hague Convention (In the matter of A (Children) (AP) [2013] UKSC 60, In the Matter of KL (A Child) [2013] UKSC 75, In the matter of LC (Children) [2014] UKSC 1 and Re K (A Child) [2014] UKSC 29).

In addition to his domestic practice, Michael has appeared before the European Court of Human Rights and the Court of Justice of the European Union. His cases before those courts include:

He has also been part of a team representing an intervening party before the United States Supreme Court (Lozano v Alvarez – appeal judgment at 697 F.3d 41 (2d Cir. 2012)).

A full list of Michael’s reported cases can be accessed via the link at the top of the page.

‘Has a formidable intellect and is one of the leading barristers in his field. He consistently delivers a strong performance and is respected by judges and opponents.’
Legal 500, 2021
Top Tier

Family junior establishing a strong children practice with a focus on complex cases involving the cross-border movement of children. He is experienced in Hague Convention matters, including international abductions and the summary return of children. He is also proficient in jurisdictional disputes and the recognition of foreign orders.

Strengths: “A walking encyclopaedia of law and brilliant technically. He has this gravitas about him that clients really like and he can hold his own with anybody. His position papers are always really excellent and well drafted.” “He is thoughtful and thorough and has an excellent knowledge of the law.”

Recent work: Acted for a child who had been abducted from Spain to England by his mother.
Chambers & Partners 2020
Band 1

‘Is an extremely able advocate who is able to win cases with his authoritative and persuasive advocacy ’
Legal 500, 2020
Top Tier

Strengths: “He is already established as a leading junior for international children work despite his relatively junior level of call. His client care is impeccable and he has a very appealing style of advocacy. If he’s on the other side, you have to up your game, even if you feel that your case is watertight.”

Recent work: Defended a mother who had removed her child to Australia against Hague Convention proceedings from the child’s father, who sought its return. Gration successfully argued that she had lost her habitual residence in Australia, resulting in the claim’s dismissal.
Chambers & Partners 2019
Band 1

Family junior fast developing a strong children practice with a focus on complex cases involving the international movement of children. He has appeared before the Supreme Court and the ECHR despite his relatively junior level of call. His experience includes the Hague Convention, jurisdictional disputes and the recognition of foreign orders.

Strengths: “He’s just your perfect barrister really. He’s really easy to work with, great with clients and adored by judges. His written and oral advocacy is exceptional and you would be quite comfortable with him going up against most silks without a leader.”

Recent work: Appeared in the Supreme Court on behalf of the successful appellant children in re N (Children) (Adoption: Jurisdiction). Gration argued that the English courts had previously considered the welfare of children too narrowly with regard to Article 15 of Brussels II revised.
Chambers & Partners 2018
Band 1

Family junior fast developing a strong children practice with a focus on complex abduction cases. He has appeared before the Supreme Court and the ECHR despite his relatively junior level of call.
Strengths: “Unflappable and brilliant with clients and judges alike, he has knowledge, subtlety and a highly persuasive style of advocacy. Truly an expert within a highly specialised field, he knows how to pitch a case in a way that is far above his year of call.”
Recent work: Represented an appellant father who had sought the summary return of his child to Morocco.
Chambers & Partners 2017
Band 1

‘His written work is outstanding and his oral advocacy skills appear effortless; an undoubted silk in the making.’
Legal 500, 2016

Sources are quick to point out his “encyclopaedic knowledge” and sharp legal mind. He specialises in international children matters and is “undoubtedly a junior of choice for cross-border work.”

Strengths: “He is a very, very talented junior. He’s like a computer as he remembers absolutely everything. Judges love him because he’s a very, very good advocate and he knows the law inside out.”
Chambers & Partners 2016

A rising presence among juniors at the Family Bar who handles complex international children law cases, including those concerning abductions, relocations and forced marriages in Hague and non-Hague jurisdictions.

Expertise: “He is a towering presence, both literally and figuratively, who is very strong on jurisidictional points and has a very good client manner.”
Chambers & Partners 2015

Continues to go from strength to strength in the children law arena and is being increasingly sought after to handle cases concerning international abduction, international and domestic relocation, and forced marriage.

Expertise: “He has a quality of practice that is well beyond his call. He is loved by judges, is a delightful opponent and is forensically really mature.”

Recent work: Acted for the biological mother in connection with a case concerning two children conceived by insemination by an anonymous donor during the parties’ lesbian relationship. During the course of the proceedings that followed, the shared residence order previously granted to the non-biological mother had been discharged. The mother appealed, and the order was overturned.
Chambers & Partners 2014

Michael Gration has an increasing profile in the children law arena, handling international cases including Hague and non-Hague abduction and complex forced marriage cases. Sources suggest that he is “a star in the making.”
Chambers & Partners 2013