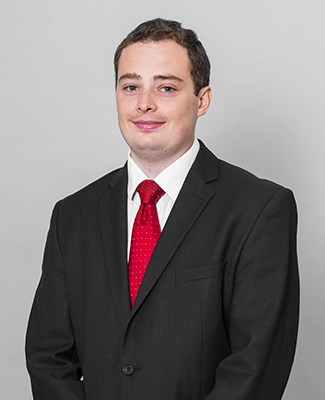 Harry joined Chambers in October 2019 following successful completion of his pupillage under the supervision of Michael Gration, Stephen Lyon and Chris Barnes. He now accepts instructions in all of Chambers’ core practice areas and has appeared at all levels of the family courts up to and including the Court of Appeal.

Before joining Chambers, Harry worked at the Court of Appeal of England and Wales as the judicial assistant to Lady Justice Black DBE (as she then was) and Lord Justice Moylan, the immediate past and current Head of International Family Justice. Harry also worked as a case management lawyer in the Civil Appeals Office, providing assistance to the specialist family Lords and Lady Justices of Appeal.

Harry was shortlisted for “Family Law Young Barrister of the Year” in the 2020 Family Law Awards.

Harry appears in the High Court in child abduction matters pursuant to both the 1980 Hague Convention and the Inherent Jurisdiction. He also regularly appears for parents in cases before the Family Court concerning the international relocation of families.

He appeared as junior counsel (led by Alison Grief QC) for the local authority in Re H (A Child) (Parental Responsibility: Vaccination) [2020] EWCA Civ 664, [2020] 3 WLR 1049. The Court of Appeal (McCombe, King, and Peter Jackson LJJ) considered the principles to be applied where a dispute arises between a local authority and parents as to whether a child subject to a care order should be vaccinated.

He also appeared as junior counsel for the Applicant local authority in London Borough of Tower Hamlets v Mother & Ors [2020] EWHC 832 (Fam), [2020] 3 FCR 490. The case involved the novel use of the High Court’s inherent jurisdiction to restrain the publication and dissemination of confidential information that had been inadvertently disclosed within adoption proceedings.

Harry is regularly instructed in complex private law cases, including those relating to relocation, domestic violence, and coercive control. He also acts for both applicants and respondents in non-molestation and occupation order proceedings.

In his public inquiry practice, Harry is instructed by the London Borough of Tower Hamlets who act as a Core Participant in the Independent Inquiry into Child Sexual Abuse’s investigation into institutional responses to the sexual exploitation of children by organised networks.

During his studies, Harry undertook a traineeship in the Office of the President of the European Court of Human Rights. Harry has also worked in politics as a Parliamentary Assistant for a Birmingham MP, and as a volunteer on President Obama’s 2012 re-election campaign in the key swing state of Ohio.