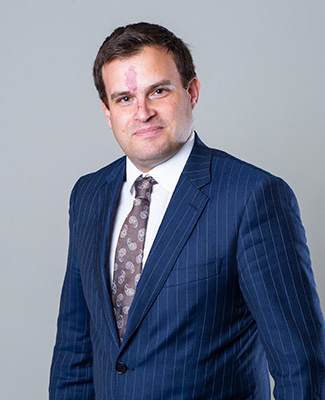 Jonathan’s practice focuses particularly on disputes following separation and divorce, both financial and about children, including matters such as where the children will live, how often they will see the parent with whom they don’t live, schooling, health matters and relocations.

Children’s arrangements
Jonathan is a calm, assured advocate and adviser and is experienced at representing parents in disputes about what is best for the children after divorce or separation, whether domestic or international, and no matter how intractable the dispute.  He has also represented children’s guardians in particularly difficult cases.

Financial remedies
Jonathan also advises and represents clients in court applications about the financial consequences of divorce and separation, including those with a foreign aspect, emergency injunctions and complex assets. He has appeared at all levels of court, including the Court of Appeal and has a particular interest in jurisdictional disputes. He also has a growing reputation in acting for parents making financial applications for children under Schedule 1, and cohabitants’ claims.

International Children
Jonathan regularly represents both applicants and respondents in child abduction proceedings both under the Hague Convention and in cases involving non-Hague countries. He has wide experience of wardship proceedings, including cases involving a ‘stranded spouse’ and is regularly instructed in leave to remove applications to both Hague and non-Hague countries.

Domestic abuse proceedings
Jonathan has experience of representing both those subjected to and those facing allegations of domestic abuse in proceedings for protective orders under the Family Law Act.

In his spare time, Jonathan enjoys playing and watching most sports, particularly cricket and football. He also plays the bassoon.