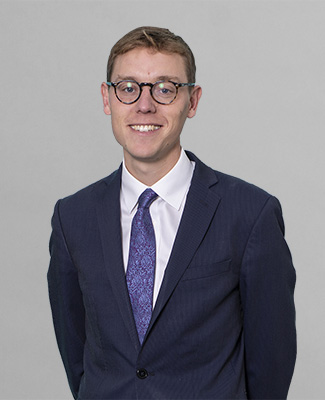 “An incredible advocate; his ability to analyse the evidence and present his client’s case in the most forensic way is outstanding.”
Legal 500 2020

Michael is a specialist in international children law, particularly child abduction, leave to remove and jurisdictional disputes. He regularly appears in the High Court and has appeared in the Court of Appeal and Supreme Court.

He is currently representing the intervener in the Akhter v Khan and another [2020] All ER (D) 88 (Feb), the leading case on the validity of marriage; the case has generated significant media coverage.

Michael has also appeared in inquests and inquiries, including:

In February 2016, Michael was appointed to the Attorney General’s C Panel of Junior Counsel to the Crown. He advises and represents Government Department in family law matter. He is the only family practitioner to be appointed to the C Panel.

In January 2018, Michael was appointed as a Special Advocate. This enables him to appear in the most serious cases involving issues of national security.

Michael has appeared as junior counsel in a number of international cases in the Supreme Court, including:

And in the Court of Appeal:

He represented the applicant father in the long-standing Tigipko proceedings which generated widespread national news coverage, following the mother’s abduction of the children to Ukraine.

He appears on a daily basis in the High Court.

Michael has appeared in a number of high profile inquests and inquiries, including:

He has also appeared in a number of long-running child protection cases involving the death of a child.

Michael has particular expertise in the cross-over between private and public law proceedings, where child protection authorities become involved in families’ lives because of particular safeguarding concerns.

Michael represents parents and children in disputes about children’s upbringing, especially international and internal relocation cases. He has appeared in a number of ‘intractable hostility’ cases and where one parent has made allegations of violence and sexual abuse against the other.

Michael has expertise in child protection in sport. He holds BASL post-graduate certificate in sports law from the British Association for Sport and Law (BASL). He has advised a number of sports governing bodies, including the FA, on child protection.

In 2014, Michael was awarded a Pegasus Scholarship from the Inner Temple to work in Sarajevo, Bosnia, for a human rights charity, TRIAL. He spent three months working on war crimes trials with a particular focus on sexual violence cases. He continues to assist TRIAL from London.

Michael previously worked in the Office of the Prosecutor at the International Criminal Tribunal for the Former Yugoslavia in The Hague.

Michael represented the Bar of England and Wales in the Lawyers’ Cricket World Cup in Delhi in October 2013.

Children law junior with a growing international practice, who has handled a number of highly complex abduction cases in the Court of Appeal and the Supreme Court. His practice spans a broad range of private and public law proceedings involving international issues.

Strengths: “Very pleasant to deal with and can make a silk purse out of a sow’s ear. He’s able to find positives in any case and he’s got a relaxed style that helps keep people calm and measured. Michael is good at keeping the temperature down and coming up with a constructive way forward. Clients always have confidence in him because he argues their cases as well.” “He’s intelligent and effective as an oral advocate.”

Recent work: Appeared before the Supreme Court in a case concerning the voluntary accommodation of children by local authorities.
Chambers & Partners 2020

‘An incredible advocate; his ability to analyse the evidence and present his client’s case in the most forensic way is outstanding.’
Legal 500, 2020

Children law junior with a growing international practice, who has handled a number of highly complex abduction cases in the Court of Appeal and the Supreme Court. His practice spans a broad range of private and public law proceedings involving international issues.
Strengths: “A very persuasive advocate. He has an enormous breadth of experience for a barrister of his seniority, and puts that experience to extremely good use in a number of different cases.”
Recent work: Led by Alex Verdan QC for the London Borough of Sutton in the widely publicised inquest into the death of Ellie Butler.
Chambers & Partners 2019

Children law junior with a growing international practice, who has handled a number of highly complex abduction cases in the Court of Appeal and the Supreme Court. His practice spans a broad range of private and public law proceedings involving international issues.
Strengths: “He’s fabulous. His client care is brilliant for somebody of his call and his knowledge is outstanding.”
Recent work: Led by Alex Verdan QC in an independent inquiry into child sexual abuse on behalf of Leicestershire. The matters centred on allegations made against Lord Janner relating to care homes in Leicestershire in the 1970s.
Chambers & Partners 2018

Children law junior with a growing practice, who has handled a number of highly complex abduction cases in the Court of Appeal and the Supreme Court. His public law practice consists of the most sensitive and severe cases concerning matters such as infant death and abuse.
Strengths:  “A rising star with a packed diary of complicated children cases. He’s a bright, well prepared and thoughtful advocate.”
Chambers & Partners 2017

Draws glowing reports from peers, who regard him as someone with “a bright future.” He has a broad-based practice that takes in private and public children law proceedings, including those with an international element.

Strengths: “It is unusual for such a young advocate to be instructed in cases so complex. He is instructed because he can be trusted, has a very strong intellect, and has a capacity for compassion.”
Chambers & Partners 2016