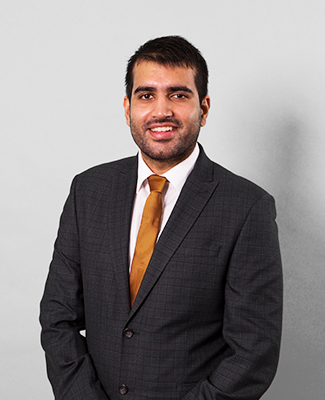 Mani has a broad practice covering all areas of family law with a particular focus on disputes relating to children. His work often takes him across the country appearing in cases up to and including the High Court.

Mani regularly acts in all areas of care, adoption and public law proceedings including cases concerning the deprivation of liberty. He has been involved in cases involving medical evidence concerning allegations of non-accidental injury, FII, sexual abuse and death. He appears in cases relating to radicalisation, addiction, and chronic neglect. He has appeared in lengthy fact-finding hearings against leading counsel in his own right as well as appearing with leading counsel. Mani also advises on Human Rights claims arising from family law proceedings.

Mani has appeared in a number of published cases such as:

Mani is a specialist in cases that have an international element and he is often instructed in matters in the High Court concerning applications for summary return under the Hague Convention 1980, applications concerning wardship and applications for the recognition and enforcement under Brussels IIR. He also appears in cases in the High Court where issues of jurisdiction arise as well as in cases involving international surrogacy, adoption and movement of children.

Mani acts in all areas of private law disputes concerning children which involve applications for Child Arrangement Orders and enforcement proceedings. He has experience in highly contentious residence and contact disputes where issues frequently involve allegations of domestic abuse, emotional and psychological harm, parental alienation and he has also appeared in high court cases involving leave to remove children from the jurisdiction to non-convention countries.

Mani has experience in applications under the Family Law Act 1996 relating to non-molestation and occupation orders, particularly when such cases are combined with proceedings relating to children.

Mani is qualified to accept instructions directly from members of the public under the Direct Access Scheme in the appropriate circumstances. Mani can be contacted directly through his clerks for the purpose of direct access enquiries.

Mani joined Chambers after the successful completion of pupillage where he had the opportunity to observe and assist in a number of cases which have been reported.  Since pupillage, he continues to assist in expert witness training of paediatricians at the Royal College of Paediatrics and regularly delivers training and seminars to legal professionals across the United Kingdom

Prior to joining Chambers, Mani spent nearly two years working for a specialist family law firm based in London. Through his work, Mani gained experience across all areas of family litigation relating to international child abduction, financial remedy disputes, public and private law proceedings as well as applications for injunctive relief.