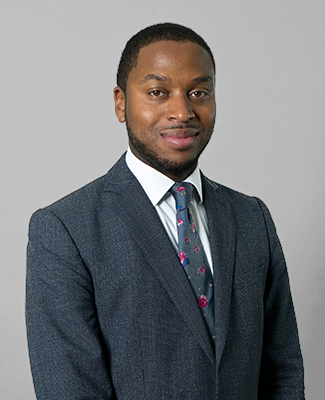 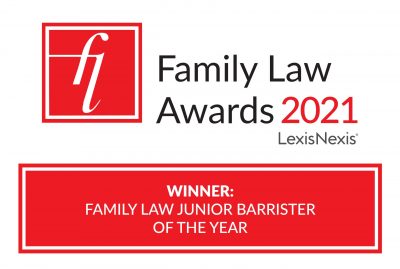 “He’s able to explain complex legal concepts in an accessible way that enables clients to understand the situation. You know his papers will be beautifully prepared and that he will know absolutely everything about the case.”
Chambers & Partners 2020

Andrew is widely recognised for his expertise in cases concerning children.  His practice focuses on parental disputes about arrangements for children after separation, international children law including child abduction, and applications to relocate children to another country.  He is also in demand in cases where the local authority is involved, including those with complex medical evidence and allegations of sexual abuse.  Andrew was awarded the ‘Family Law  Junior Barrister  of the Year Award’ in November  2021 at the annual LexisNexis Family Law Awards.

Andrew brings a calm but knowledgeable approach to his work with parents engaged in disputes about their children.  Clients find him approachable and empathetic.  He has represented clients in all levels of court, and adopts a courteous but no-nonsense approach to advocacy.  His case load is both domestic and international, and he is experienced in dealing with cross-jurisdictional issues, particularly in international adoption and international surrogacy cases. Andrew is also instructed in cases concerning vulnerable adults in forced marriage, stranded spouses and FGM cases.

In addition to his practice focusing on arrangements for children, Andrew has developed a specialist practice advising and representing clients on the law relating to the Human Fertilisation and Embryology Act 2008 (surrogacy, parental order applications and fertility treatment) and disputes arising from LGBTQ+ parenting arrangements. Andrew appeared as junior counsel on behalf of the AIRE Centre in the Court of Appeal in  R (Alfred McConnell) -v- The Registrar General for England and Wales and others [2020] EWCA Civ 559. The appellant sought to appeal a decision of the President of the Family Division in judicial review proceedings concerning the Registrar General’s decision to register a trans man who had given birth to a child as the child’s mother.  He also appeared as junior counsel on behalf of University College  London NHS Foundation Trust  in AB v CD [2021]  EWHC  741 (Fam) which concerned whether parents could lawfully consent to the prescription and administration of puberty blockers. In 2014, after being awarded a Pegasus Scholarship, he worked in Los Angeles in a law firm specialising in surrogacy and fertility law and since his return has been acknowledged as one of the leading barristers in this area, writing surrogacy articles for Family Law Week. Andrew has experience representing, intended parents and surrogates in applications for parental orders as well as parents and fertility clinics in declaration of parentage cases. Andrew’s book ‘A practical guide to the law in relation to surrogacy’ was published in November 2020.  In 2021 he provided an expert opinion in a case before the Eastern Caribbean Supreme Court  concerning international surrogacy arrangements  (O Trustee et al v Q et al)

In May 2021 Andrew was appointed a Governing Board Member of the Nuffield Family Justice Observatory.

Andrew has experience representing parties in cases concerning deprivation of liberty and best interests in the Court of Protection.

Andrew is also the author of the domestic adoption chapter of Rayden and Jackson on Relationship Breakdown, Finances and Children (2016 edition).

Children law barrister with a domestic and international practice. He is proficient in child abduction cases and has particular expertise in surrogacy issues.

Strengths: “A charming and formidable opponent. He undertakes additional research into complex areas of the law, and goes above and beyond the requirements for each hearing.” “His knowledge of surrogacy law is utterly amazing and his passion shines through.”
Chambers & Partners, 2021

‘His knowledge of surrogacy law is second to none and he is a very personable and sensible advocate.’
Legal 500, 2021

A rising presence in the world of private law children work both domestically and abroad, who is proficient in child abduction cases. He has further particular expertise in surrogacy issues.

Strengths: “So obviously knowledgeable, and has a way of clearly demonstrating that knowledge and his legal prowess whilst still being really lovely and chatty with clients in a way that puts them at ease. He’s able to explain complex legal concepts in an accessible way that enables clients to understand the situation. You know his papers will be beautifully prepared and that he will know absolutely everything about the case.”
Chambers & Partners 2020

‘Is quick to assure worried or anxious clients and is a safe pair of hands when you have a complicated matter that needs a detailed solution.’
Legal 500, 2020

A rising presence in the world of private law children work both domestically and abroad, who is proficient in child abduction cases. He has further particular expertise in surrogacy and broader fertility issues.
Strengths: “A warm and persuasive advocate with a real passion and enthusiasm for his work, which shines through in all he does. He has a detailed knowledge and reassuring manner which clients warm to instantly.”
Chambers & Partners 2019

A rising presence in the world of private law children work both domestically and abroad who is proficient in child abduction cases. He has further particular expertise in surrogacy and broader fertility issues.
Strengths: “His knowledge in surrogacy cases is really second to none. He’s just really personable, gets on really well with clients and is really persuasive with the judges. He’s just got this charm about him that you don’t see with barristers of his call, and is really classy.”
Chambers & Partners 2018