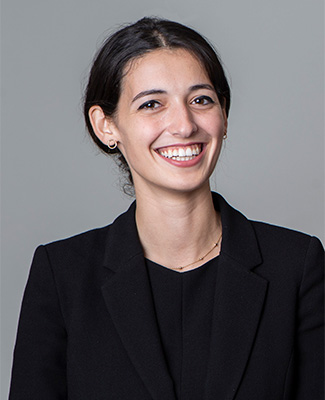 Clarissa joined chambers as a tenant in October 2020 after successful completion of her pupillage under Nicholas Fairbank, Sally Bradley, and Jacqueline Renton.

Clarissa has a busy practice across all of chambers’ core areas, including public, private and international children cases and proceedings for financial remedies.

Clarissa represents local authorities, parents and children at all stages of care proceedings. In addition to representing clients at Interim Care Order hearings, Case Management Hearings, Issues Resolution Hearings and final hearings (including applications for special guardianship, placement and care orders), Clarissa has experience of applications for deprivation of liberty of a minor, applications for summary dismissal of proceedings, and applications to the High Court for passport orders and port alerts under the inherent jurisdiction.

She was recently led by Cyrus Larizadeh QC in a 2-week fact finding involving allegations of non-accidental injury to infant twins with highly complex medical presentations.

She has assisted in training expert witnesses at the Royal College of Paediatrics and Child Health.

Clarissa has been instructed in cases involving same sex parents and non-traditional family structures, and also has experience of applications for declarations of parentage and cases involving instruction of a Rule 16.4 Guardian to represent the child.

Clarissa is building a practice across the spectrum of international children law. She has experience of applications for summary return under the 1980 Hague Convention and under the inherent jurisdiction, and applications by parents for permission to relocate abroad with a child.

Clarissa represents both applicants and respondents in applications for financial remedies at First Directions Appointments, Financial Dispute Resolution hearings, and final hearings. Clarissa has been instructed to advise and represent clients in cases involving a range of issues including identification and valuation of overseas property and business assets, disputes as to the veracity of loan agreements, non-matrimonial property (inherited property and pre-/post-matrimonial accrual), and material non-disclosure.

Clarissa has experience of applications to the Court of Protection for deputyship, in disputes as to capacity in relation to both issues of welfare and property and financial affairs and in cases where the Official Solicitor has been instructed to represent a vulnerable party.

Before joining chambers, Clarissa was a Director of the School Exclusion Project. She provided pro bono representation for parents at appeal hearings. She also volunteered with the National Centre for Domestic Violence, drafting applications for injunctive relief for victims of domestic abuse.

Clarissa spent a year at Harvard studying the relationship between adverse childhood experiences, neural development, and the experience of children in the justice system. She subsequently won the Bar Council’s Law Reform essay prize, arguing for removal of the “reasonable punishment” defence to common assault of children.