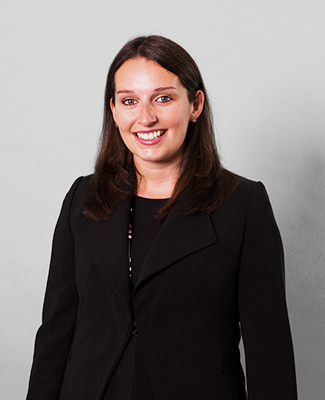 Miriam has a busy practice in all areas of family law. She joined chambers in October 2018 after successful completion of her pupillage under the supervision of Henry Clayton, Jacqueline Renton and Cleo Perry QC. She has experience across public, private and international children law and in financial matters.

Miriam appears in the High Court in child abduction matters and represents parents in applications for leave to remove to Hague and non-Hague Convention countries. Miriam appeared in PG v PR [2018] EWFC 85 where she represented the respondent father in an application for the summary return of a child to Portugal. Miriam also appeared in SZ v DG & PG v LG [2020] EWHC 881 (Fam) seeking permission to make an Article 21 application whilst a Section 91(14) order was in place against her client. She has also represented parties in committal applications following non-compliance with passport orders.

Miriam recently appeared in the Court of Appeal in Re H-N and Others (Children) (Domestic Abuse: Finding of fact hearings) [2021] EWCA Civ 448, led by Charles Hale QC and Rebecca Foulkes. The case concerned allegations of coercive and controlling behaviour; when and how fact-finding hearings should take place and the interplay with criminal law principles. Miriam presented a Resolution seminar on the Court of Appeal judgment alongside Adele Cameron-Douglas. Subsequently, Miriam appeared in the first reported case following the guidance in Re H-N namely Re JK (A Child) (Domestic Abuse: Finding of Fact Hearing) [2021] EWHC 1367 (Fam).

Miriam is regularly instructed in complex private law matters across all stages of proceedings including enforcement. She frequently acts in cases involving allegations of domestic abuse, parental alienation and consolidation with proceedings under the Family Law Act 1996. She has also successfully represented a client to obtain a declaration of marital status following a Syrian marriage and subsequent divorce.

Miriam has been led by June Venters QC in a long-standing public law case, in which they represented a vulnerable mother who required the assistance of both an intermediary and interpreter. The case the Judge had to determine the remit of questioning that could be put to a child making allegations of sexual abuse: Re E (A Child: Questioning of Vulnerable Witness) [2019] EWHC 3808. There was a lengthy fact-finding hearing and welfare determination, both spanning a number of weeks and a large quantity of expert evidence.

Miriam also maintains an active public law practice of her own, acting for local authorities, parents and children’s guardians in proceedings involving domestic abuse, sexual abuse, substance misuse and mental health problems. She also has experience in secure accommodation orders, forced marriage and deprivation of liberty. Miriam in particular successfully represented a mother opposing both a recovery order and deprivation of liberty order for her 17-year old vulnerable son to be placed in a residential placement. She has also assisted in training expert witnesses at the Royal College of Paediatrics and Child Health.

Miriam has frequently represented clients at all stages of financial proceedings, including but not limited to MPS applications and enforcement. She has assisted with drafting Section 25 statements and First Appointment documentation on a regular basis. Miriam has recently co-authored an article with Henry Clayton about the impact of Brexit on jurisdiction in matrimonial proceedings.

Prior to her career at the Bar, Miriam worked as a family law senior paralegal at Stewarts, specialising in high net worth financial remedies and private children law. She has also volunteered for family schemes and charities, including the BPP Family Legal Advice Clinic and National Centre for Domestic Violence. Through her work she has gained valuable experience assisting litigants in person and advising parties on matters relating to financial remedies, child arrangements and applications for injunctive relief under the Family Law Act 1996.

In her spare time, Miriam can be found travelling, taking photographs and attending concerts and theatre productions.