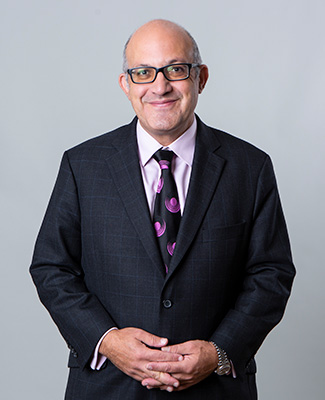 “‘Extraordinarily insightful and robust in equal measure, Cyrus is a one-man masterclass in representing parents in serious non-accidental injury and fabricated and induced illness cases.’
Legal 500, 2022

Vice Chair of the Family Law Bar Association
Contributing Editor of Rayden and Jackson on Children Law
Mentor and Advocacy Trainer for Inner Temple
Master of the Bench, Inner Temple 2018

Cyrus Larizadeh QC specialises in the most serious and complex Public and Private Law cases in all matters relating to children. He has a particular expertise in cases involving sexual and emotional abuse, highly complex medical cases relating to FII and allegations of abusive trauma and causing death to children as well as intractable relocation cases and child arrangement disputes. He is well known for his calm, thorough and exceptional advocacy and excellent strategic approach. He is also extremely effective with Direct Access clients.  He represents parents, children and local authorities in the most serious and intractable of proceedings at all levels of tribunal but in particular the High Court. Cyrus represented successfully the Access to Justice Foundation in Re S ( 2015) UKSC 20 on appellate costs.. He acted for the alleged killer of Baby P and successfully challenged the medical evidence in the recent Effie Stillwell case – the first case involving EDS IV. Cyrus has appeared in many ground breaking and guideline cases including the MI5 / radicalisation case of Re X Y Z (2016) EWHC 2400 and the end of life case of Re AB (2018) EWFC 3 before Munby P.  Cyrus  was invited by the Attorney General of Anguilla to present at their Justice Reform Conference in 2018 and to advise on the drafting of their Child Protection Bill. He has trained a delegation of social workers, medical staff and police in evidence gathering in alleged child abuse cases in the Eastern Caribbean.

He is a Member of the Magic Circle.

“A hard worker who is excellent on the law and very charismatic in court.”
Chambers and Partners, 2023

Cyrus is always impeccably prepared and leaves no stone unturned in support of his client’s case. He is fearless in court but an amiable oponent. He combines an assuring presence for his client with tenacious advocacy.’
Legal 500, 2023

“Cyrus has an unassuming quality and is both affable yet devastating in cross-examination.” “He brings passion, commitment and strategic thinking to every case.” “He’s meticulous in his preparation.”
Chambers & Partners, 2022

‘Extraordinarily insightful and robust in equal measure, Cyrus is a one-man masterclass in representing parents in serious non-accidental injury and fabricated and induced illness cases.’
Legal 500, 2022

Strengths: “Cyrus is a bundle of energy and ambition.” “He is superb in cross-examination.”
Chambers & Partners, 2021

‘A conjurer in court and simply wonderful to see in action. When he stands up to talk, people listen.’
Legal 500, 2021

A specialist children law barrister well-versed in non-accidental injury matters. He represents parents and local authorities in international and domestic cases including those concerning factitious illness disputes and placement orders.

Strengths: “Very thorough and imaginative in his approach to testing the evidence and problem solving.”
Chambers & Partners 2020

‘Is a skilled advocate who fights his client’s corner with determination and flair.’
Legal 500, 2020

‘His advocacy is second to none and he always knows the facts of the case inside and out.
Legal 500, 2016

‘Brilliant forensic skills; his analysis of evidence is sharp and on point.
The Legal 500, 2014

Expertise: “Very good; he is a calm and competent advocate.”
Chambers & Partners 2014

Recomended as a Leading Junior in the area of Children law
The Legal 500, 2013

Private and public children law specialist Cyrus Larizadeh is commended for his “excellent courtroom manner.” His recent matters have included a number of cases arising from sexual, physical and emotional abuse.
Chambers and Partners 2013

The ‘meticulous and excellent’ Cyrus Larizadeh – has ‘in-depth knowledge of all aspects of children law, and specialist knowledge of cases involving sex offences or allegations of sexual abuse’.
The Legal 500, 2012

Cyrus Larizadeh offers a ‘meticulous approach’ and is ‘well respected by judges’.
The Legal 500, 2010

Cyrus Larizadeh is a good all-rounder who is “conscientious, thorough and knowledgeable.”
Chambers & Partners 2010

A “terrific lawyer” who is enthusiastic and knowledgable about his work,” Cyrus Larizadeh earns the respect of both peers and clients.  Complex care proceedings form the mainstay of his practice, with a particular emphasis on matters involving sexual abuse and non-accidental injury.
Chambers & Partners 2009

Cyrus Larizadeh makes his debut in the tables this year, having stood out from the crowd in protracted cases concerning care proceedings. “Working at an incredible level of detail and completely on top of the papers,” observers report that he is also “very good on his feet.”
Chambers & Partners 2008