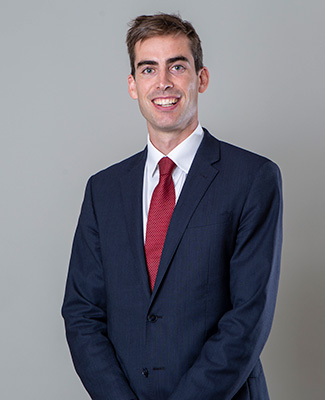 Ralph has recently returned from his placement as a judicial assistant in the Family Division of the High Court. He accepts instructions in all of Chamber’s core practice areas.

Ralph joined Chambers in October 2020 following successful completion of his pupillage under the supervision of Andrew Powell, Lucy Cheetham and Harry Gates. During his pupillage, he gained experience working on the Independent Inquiry into Child Sexual Abuse (Children in the care of Lambeth Council investigation) and in a Supreme Court case (ABC (Appellant) v Principal Reporter and another (Respondents) (Scotland) In the matter of XY (Appellant) (Scotland) [2020] UKSC 26).

Before joining Chambers, Ralph worked as a family paralegal at TV Edwards where he worked on complex public law children and private children law cases. He currently volunteers as an advocate and independent visitor for the National Youth Advocacy Service (NYAS).  He has previously volunteered for the British Red Cross as a refugee support caseworker, The Personal Support Unit (PSU) and as a prison mentor for young offenders.

Ralph has also worked in management consultancy and public relations. He is bilingual in French having worked and studied in Paris. In his spare time, he enjoys cycle touring, tennis and running.