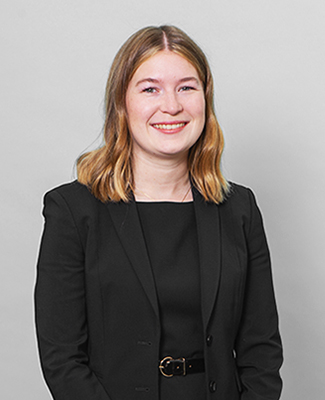 Lucy has a busy practice which encompasses all areas of family law.  She recently joined chambers following successful completion of her pupillage under the supervision of Nick Fairbank, Mark Jarman and Jane Rayson.

Lucy has experience in matrimonial finance law as well as all areas of children law, including private, public and international cases.

Lucy is regularly instructed in private law matters and has represented clients in cases in which there are allegations of domestic violence and / or parental alienation. Lucy also has experience of cases with an international element, including applications to relocate abroad.

Lucy is particularly interested in the law relating to assisted reproductive technologies and the evolving environment of the law of surrogacy in this country and in other jurisdictions.

Lucy appears in the High Court representing both applicants and respondents to cases brought under the Hague Convention and also has experience of cases involving child abduction to non-Hague countries.

Lucy has represented local authorities and parents in public law proceedings including those with serious allegations of neglect and substance abuse. She also has experience of cases involving allegations of non-accidental harm.

Prior to commencing pupillage, Lucy interned at the Legal Action Group where she assisted in editing publications including the Court of Protection Handbook. Lucy also worked in between her studies as a paralegal in a busy family law department at a London firm.

Lucy studied Russian at university and spent a year living in Moscow and St Petersburg.  She remains interested in Russian language and culture.