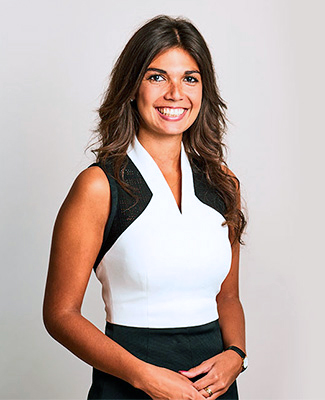 Rosanne has been exposed to the full spectrum of family law, both in her first two years of practice and throughout her training. Having completed her pupillage at QEB, she specialises in financial remedy proceedings, in addition to her private children practice. Rosanne has experience of the Child Maintenance System, providing both advice and representation at First and Upper Tier Tribunal level.

Rosanne has assisted clients in difficult multi-jurisdictional cases involving pre-marital agreements, complex intervener applications, foreign marital regimes and jurisdiction races. She has made and resisted applications under Part III of the MPFA 1984. Rosanne’s most recent appearances in the High Court have involved the radicalisation of children and applications for leave to remove children from the jurisdiction to Non-Convention countries.

Rosanne assisted Lewis Marks QC in the high-profile Part III Matrimonial and Family Proceedings Act litigation of Z v Z and Others [2016] EWHC 911 (Fam) and NR v AB [2016] EWHC 277 (Fam), both of which entailed complex asset structures and preliminary legal arguments on the strength of which the main proceedings stood or fell. Rosanne has also assisted Tim Amos QC on a German finance case before Holman J, attending the hearing and assisting with research and preliminary documentation.

Before coming to the Bar, Rosanne worked with incapacitated Dementia and Alzheimer patients at the Surrey Royal Country Hospital. She later moved to Belgium to join a large EU lobbying firm based in Brussels, attending meetings and speaking with European Commissioners in the European Parliament, Council and Commission. In 2014 she worked in-house on the LIBOR scandal for Freshfields Bruckhaus Deringer. Last year Rosanne worked in Kuala Lumpur at two of South East Asia’s largest law firms, and has good links with the Kuala Lumpur Regional centre for Arbitration.

Honourable Society of the Inner Temple