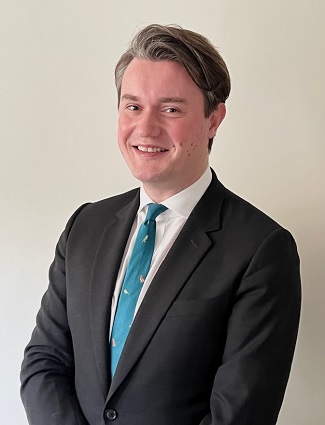 “Committed to client care of the highest standard. He has a pragmatic approach but deals with clients in a sensitive and friendly way. He prepares cases very thoroughly and has a real attention to detail.”

Chris specialises in the law relating to children, with a particular emphasis on public law proceedings relating to child protection. He appears regularly in the High Court, and has led and been led in complex proceedings involving non-accidental injuries, sexual abuse and in cases involving deprivation of liberty. Chris also has experience in the Court of Protection. Alongside his busy practice, Chris regularly provides training to solicitors and advises clients on a voluntary basis through CentrePoint.

Chris is regularly instructed in applications for child arrangements orders, specific issue orders and prohibited steps orders. Equipped with a wealth of experience of acting in public law proceedings, Chris is ideally positioned to act in the most contentious cases involving expert evidence and where there are allegations of drug and alcohol abuse, mental health difficulties, and physical, emotional and sexual abuse.  Recent cases in which Chris has been instructed have involved allegations of parental alienation and intractable hostility as well as cases where there is a need for a fact-finding hearing in respect of allegations of rape and sexual abuse of children.

Chris also deals with applications for internal relocation and leave to remove children from the jurisdiction, both on a permanent and a temporary basis.  In recent years, Chris has appeared in the Family Court and the High Court representing parties seeking and opposing children’s removal to Hague and non-Hague Convention countries, including Monaco, the USA, Germany and Thailand.

Chris regularly appears in the High Court and acts in complex public law proceedings, particularly where there are suspected non-accidental injuries, allegations of sexual abuse, and where there are issues around capacity and mental health.  Chris is often instructed in cases involving the deprivation of a child’s liberty, and is sought after for his expertise in this developing area of child protection law. Alongside his heavy case load, Chris is often invited to deliver training to solicitors on important family law issues.

Recent cases include: successfully representing a mother, led by Sam Whittam, at a 9-day fact-finding hearing where she was accused of causing multiple fractures to her baby; acting for a father, leading Madeleine Whelan, at a 12-day re-hearing following a successful appeal against findings made at first instance; and representing a 13-year-old child (through their Children’s Guardian) in proceedings in the High Court concerning deprivation of liberty.

Chris acts for all parties to Court of Protection proceedings, bringing his experience and approach in Children Act work to proceedings concerning health, welfare and deprivation of liberty. He is able to advise and provide representation in matters relating to community care law and in cases involving disputes over medical treatment. Chris appears across the country in contested interim and final hearings as well as in cases where there is a need for fact-finding. Chris also acts in applications made under the Inherent Jurisdiction of the High Court I respect of capacitous adults who are deemed vulnerable.

Chris is regularly instructed in private and public law proceedings brought under the Children Act which have an international element.  This includes applications for leave to remove children from the jurisdiction on a temporary and permanent basis, to Hague Convention countries and non-Hague Convention countries.  Chris’ practice includes international adoption matters arising in public law proceedings.

“Committed to client care of the highest standard. He has a pragmatic approach but deals with clients in a sensitive and friendly way. He prepares cases very thoroughly and has a real attention to detail.”
The Legal 500 2022

“Stands out amongst children practitioners as technically strong with a fine reputation amongst judges.”
The Legal 500 2021