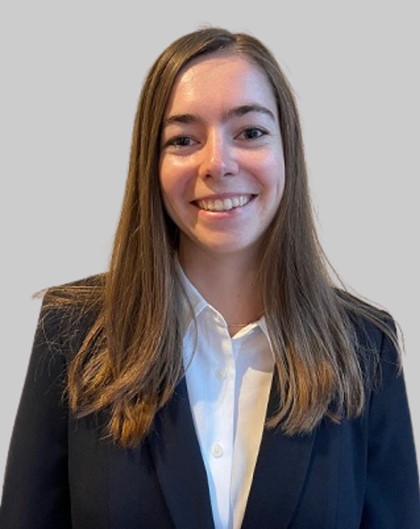 Kitty accepts instructions in all areas of family law, having joined Chambers as a tenant in October 2022 following the successful completion of pupillage at 4PB.

During the course of pupillage, Kitty was supervised by Nicholas Fairbank, Michael Gration KC and Joanne Porter.

Outside of her court-based work, Kitty has previously volunteered to train expert witnesses at the Royal College of Paediatrics and Child Health, and is a Bridging the Bar Mentor as of October 2022.

Prior to commencing pupillage, Kitty worked as a family law paralegal at Bindmans LLP, predominantly assisting with public law children, private law children and international child abduction cases. She also volunteered within the legal departments of several charities including the Joint Council for the Welfare of Immigrants, Marie Curie and Advocate (formerly the Bar Pro Bono Unit).

Before working as a paralegal, Kitty studied at both King’s College, London and Humboldt-Universität zu Berlin, as a Dickson Poon Scholar of Law. Alongside her studies, she participated in several mooting competitions whilst at King’s and was an Advocacy Scholar and member of the Advocacy Committee at the University of Law.

In her spare time, Kitty enjoys running, yoga and playing the flute.