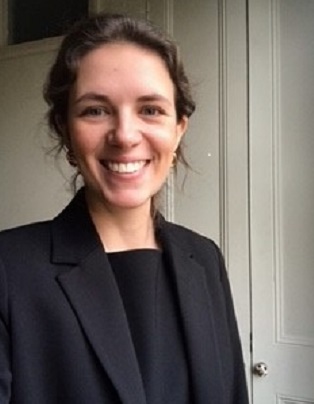 Klara joined chambers as a tenant in January 2022 after successful completion of her pupillage under Michael Gration QC, Anita Mehta and Lucy Cheetham.

Klara has a particular interest in surrogacy law, both in this jurisdiction and abroad, and in cases with an international element.

Klara represents local authorities, parents and children at all stages of care proceedings. She has experience representing particularly vulnerable clients, including those with addiction issues and learning difficulties.

She has assisted in training expert witnesses at the Royal College of Paediatrics and Child Health.

Klara represents mothers, fathers and grandparents in private children proceedings including those involving allegations of serious domestic abuse and substance misuse. She has also successfully represented clients in proceedings under the Family Law Act 1996.

She has a particular interest in Specific Issue Orders concerning vaccinations.

During pupillage, she assisted Henry Setright QC and Michael Gration QC for the appellant in G v G [2021] UKSC 9 concerning the relationship between the 1980 Hague Convention and the Refugee Convention.

Prior to commencing pupillage, Klara set up the West London Family Court branch of the Personal Support Unit (now Support Through Court), which gives practical and emotional support to litigants in person before, during, and after court. She has previously volunteered for the AIRE Centre as a legal researcher investigating the impact of Covid-19 on human rights, and for Vocalise as a prison mentor. She is also Honorary Legal Adviser to Lincoln College Vacation Project, a student-run charity which runs holidays for children involved with social services.

Klara has studied, lived, and worked in China and remains interested in Chinese language and culture. In her spare time, she enjoys teaching pilates, walking, and live music.